2 Kings 23:11 – “He [Josiah] removed from the entrance to the temple of the LORD the horses that the kings of Judah had dedicated to the sun. They were in the court near the room of an official named Nathan-Melek. Josiah then burned the chariots dedicated to the sun.” (NIV)

A clay seal of King Josiah’s aid mentioned in the above passage was found recently found.  According to the Daily Mail, “The seal was found inside a two-storey office building which experts say was burned down by the Babylonians when they conquered the city in 586 BC.” 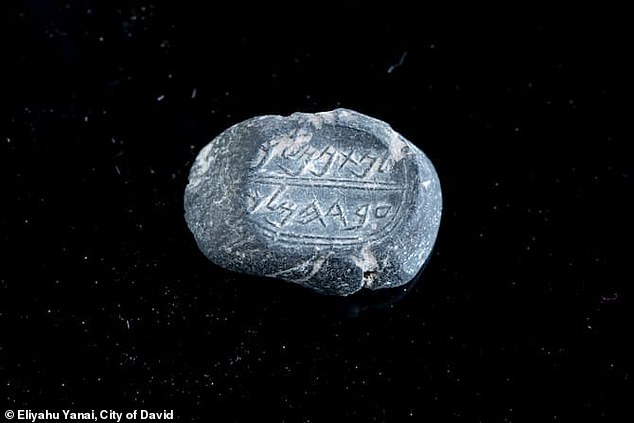 Nathan-melech, the aide described in the 2 King’s passage, is described as one of Josiah’s officials.  There apparently is little extra-biblical evidence of King Josiah, but this find makes an archaeological connection to this individual.  The inscription on the ring above says, “(belonging) to Nathan-Melech, Servant of the King.”

Here is a short video of the discovery:

Other sources concerning this archaeological discovery:

“Clay seal of King Josiah’s aide is found in the remains of an ancient office burnt down by Babylonians in 586 BC – adding weight to proof that the king really existed” by Joe Pinkstone | Daily Mail. April 1, 2019

“Tiny First Temple find could be first proof of aide to biblical King Josiah” by Amanda Borschel-Dan | The Times of Israel. March 31, 2019